a total solution for your music production

Andor van Reeven started with music when he was 4 years old.
He became fascinated by church organs after a visit to “De Oude Kerk Voorburg”.
From that moment he had decided to do something in music.

His parents sent him to a Teacher who taught him to play the organ and at home, he could temporarily practice on his father’s Korg MS20. Later, when Andor was about 6 years old, a real electronic organ was introduced.
Andor had also built up his curiosity through the Korg MS20 and soon Andor combined the organ and the synthesizer to which he started to create his pieces.
In addition, he was also very into pop music from the ’80s and ’90s and tried to play all these songs on his organ and made extra tones on the MS20 to add them.
He started recording this on cassette tape and soon discovered how to “record”.

At the age of 16, he met some friends with whom he started an electronic dance band.
This meant an opportunity for Andor to release his first song.
The group called itself Club Encounters, Orion Groove Project, OGP, and Master Tempo.
Various tech-house songs appeared on DJ Jean’s Madhouse, Hollywood Dance Hall, Dance Saloon, but the records also became very well-known abroad.
After a while it became quiet. In 2003 Andor and his music partner met Ramon Roelofs (Charly Lownoise). From there they both came into contact with Hardcopy records. In 2007 they released well-known early hardstyle records under the name “Grandmaster-Q”.
In 2015 Andor van Reeven continued under his name and together with Ramon Roelofs
3 new productions came out on Planet Punk Music in Germany run by Rocco.
An old remake of his record OGP’s What If was released in a trance / EDM style.

After a good conversation with Ramon Roelofs, it soon became clear that Andor would rather be in the studio and work on songs behind the scenes than act as a DJ. Ramon knew a good solution for this and took him to Bizzyworks where he met Casper and continued there as a producer / master engineer.

Over the years, Andor has had several releases and mastered himself
As a master engineer and In 2019 Andor started his own company.

Today Andor works as a producer, teacher, and audio engineer in his own company and
He has various mixes, mastering, and productions to his name and ended up on various “big” record labels (not to mention ghost-productions). 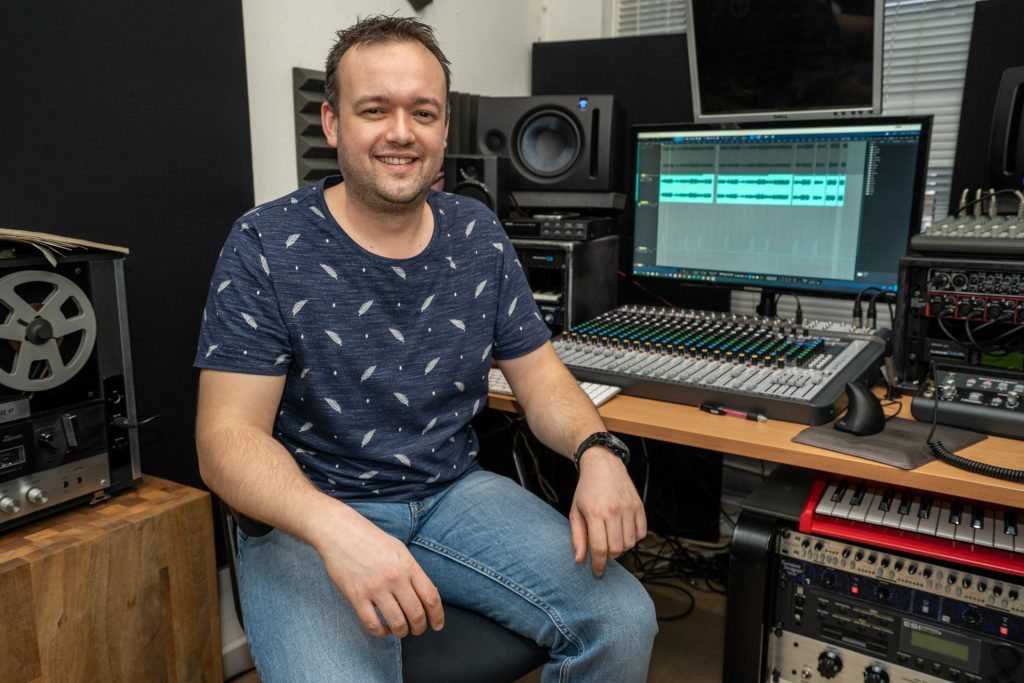 Clients I worked with: